skip to main | skip to sidebar
Strokes, folks and judges

Why do we judge people? Why do we judge anything? Who gave anybody the authority to deem themselves or their choices better than somebody else's? What is this pride we carry around like a trophy for our wonderful social selections? What is it about subjectivity that we don't appreciate? I think I know too many people who have this "I would never.." attitude that really gets to me. What I gather when I hear that is a lack of perspective and experience. Obviously there are things in this life that nobody should ever do. This rant isnt about those things. One thing I know for damn sure. You do not know what you would or wouldnt do unless you are IN that exact situation.


The so called 'cultured' are guilty of this more than anybody else I find. 'Cultured' could mean:
a)enlightened; refined or,
b)artificially nurtured or grown
I think I've seen more of the latter than the former. The first comes with experience and the second probably gets downloaded into your brain from the television or other similar transporters of culture. Or something like that. Speaking of television, I dont like reality TV. Yet a lot of people do. That's their call and I dont have the authority to declare it lesser than my own choice of TV shows. I think I know enough to realise that different people derive different things from their choice of media. some people watch TV to learn. Others watch it to escape or be mindlessly entertained for hours on end. Different strokes for different folks right? The last I checked different didnt mean inferior.

Labels: Things that go bump in the night.

Peppers Pic of the Moment 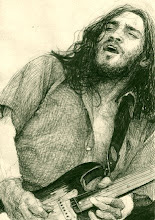